On My Bookshelf: We Were Liars, Reconstructing Amelia and Landline 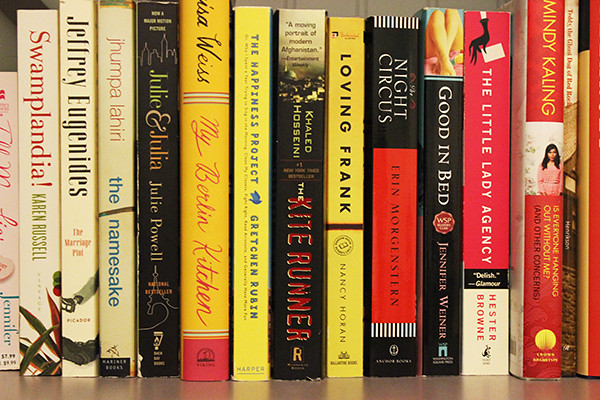 I have been holding out on you, and for that, I am deeply sorry. I have read three books in the last few months that I really liked, and I never told you about them. Forgive me.

We Were Liars by E. Lockhart: This book stayed with me days after finishing it. The story surrounds a family who summer on an isolated island year after year. We Were Liars is told from one character’s point of view, and the voice is spot on. I was hooked from page one.

This book is a thriller, and I don’t want to say much more about the plot for fear of spoiling any surprises. The ending is so eerie I had to follow it up immediately with a romance novel. Two big thumbs up from me.

Reconstructing Amelia by Kimberly McCreight: After receiving an anonymous note that her daughter’s death wasn’t suicide, a single mother spearheads an investigation to find out what really happened. The story is interspersed with social media snippets, text messages and emails Amelia (the daughter) sent prior to her death. This gripping story is well written and shows how little we sometimes know about those closest to us.

Landline by Rainbow Rowell: In Landline, Georgie McCool, the main character, is going through a rough patch with her husband, Neal. One night, she accidentally discovers a way to communicate with him in the past. This book offers a charming look at paths taken in life and where they lead you.

The author’s ability to capture fast-paced, witty dialogue makes her books a delight to read, and this one was no exception. If you like her style, Attachments and Eleanor & Park are also equally charming.