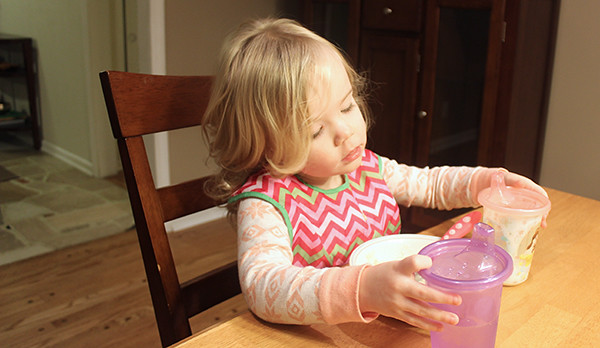 *In this photo, her cups are ballet dancing.

Last year, Ellie wouldn’t touch oatmeal. In fact, I made her a bowl, and she straight up spit it out. Well, actually, she let it fall out of her mouth, but it was the same result.

Cut to this winter, I had mixed myself up a batch of oatmeal and was doctoring it up with mashed banana and maple syrup. I was sure she wouldn’t want any. As soon as I got settled at the table, I heard “Aya wants some too.” 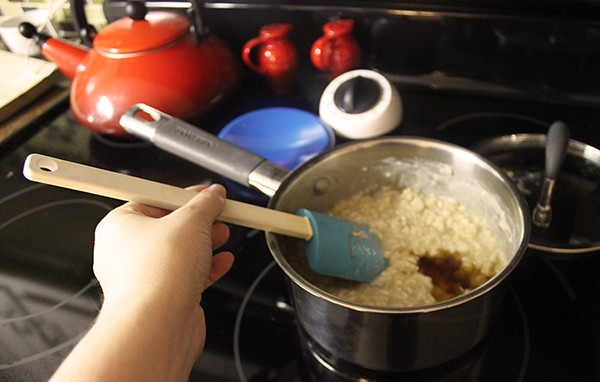 It was an instant hit, and for the last week, as we’re walking into the kitchen, she requests “meal” for breakfast. It used to be “cereal, and water, and milk and a ba-na-na-na.” Now, it’s just meal.

Most of the time, I make it with maple syrup, cinnamon and milk, but lately, I’ve been putting together a gingerbread version. It’s really quite lovely. Spiced with ginger, nutmeg, cinnamon and cloves, it is very Christmas-spirity.  A splash of maple syrup and a swirl of butter make a wholesome breakfast taste special. 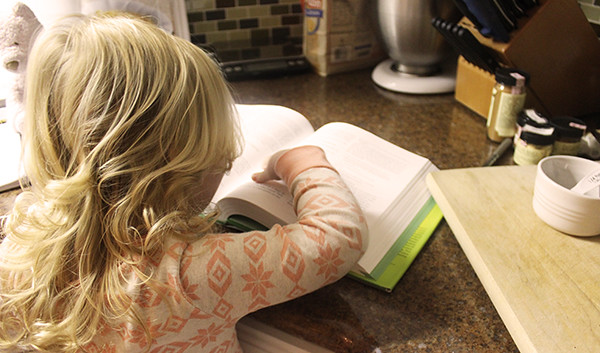 Combine the water, salt and oats in a pan over high heat. When it starts to bowl, turn the heat to low. Let it cook, stirring occasionally, for about 5 minutes.Then, remove it from the heat. Add the pat of butter and cover it with a lid. Let it stand for 5 more minutes. 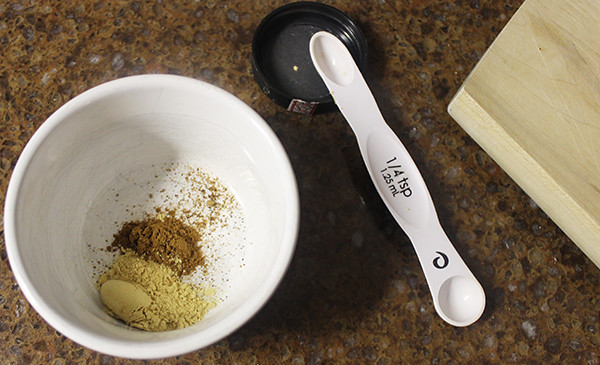 In a separate bowl, stir together the four spices.

To the pot, add 1/2 tsp of the spice mixture, a light drizzle of good maple syrup and a splash or two of milk. Stir together and taste. Continue to add the spice mixture by 1/4 tsp. portions until you’ve reached the perfect level of gingerbread. I liked at least a full teaspoon. Portion it into bowls and serve warm.