Book Review: The Woman I Wanted to Be 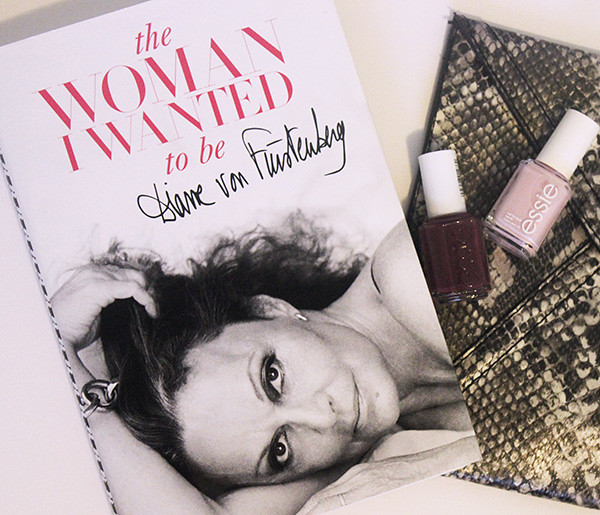 A long time ago, I watched a show highlighting Diane von Furstenburg’s life. It was captivating. In her lifetime, she has married a prince, made millions on her own, traveled the world, danced at Studio 54 and made fashion history. Since then, I’ve become a huge fan, so I was excited to read her book, The Woman I Wanted to Be.

Diane is honest throughout the novel about her shortcomings, but doesn’t seem to dwell on them. Her balanced approach to celebrating successes and accepting failures is one I could learn from.

While I thoroughly enjoyed this book, my favorite parts were somewhat unexpected. She talks about her relationship with her family and how she was raised, which was incredibly interesting. As a businesswoman, I also loved hearing her perspective on her career’s peaks and valleys.

The title of the book is a nod to one of her common anecdotes. She writes that she didn’t know what she wanted to do, but she knew “the woman I wanted to be.” I love this idea. So often, I focus on what I’m doing and where I’m heading, which can seem uncertain at times. However, I typically have a very clear picture of the woman I want to be.

So, I’d love to know. Have you read The Woman I Wanted to Be? If so, what did you think? Are you a DVF fan too?

One response to “Book Review: The Woman I Wanted to Be”